With a recently reported average of 288 million active users a month, Twitter is one of the best opportunities for businesses to reach large, diverse audiences. Twitter has set its standards high for 2015 with a handful of new features coming to the platform. Let’s take a look at how these affect you: the user!

Twitter recently announced Quick Promote, a feature that will allow users to create an advertising campaign for a well performing tweet in a matter of a few clicks. Previously, those looking to make an ad buy had to do so using Twitter's self-service platform. Getting started with “Quick Promote” can be done directly from your tweet activity dashboard, which most social media managers are already using for analytics.

Here’s how to get started: 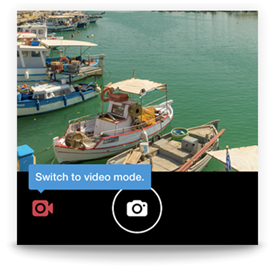 While Twitter does limit its users to 140 characters, visuals have enhanced the way we interact with tweets for quite some time now. Twitter’s existing in-line camera will now allow for users to record and post video as opposed to only static images of the past. A video can be up to 30 seconds long and include a variety of clips that the Twitter app will allow you to edit with a few drags of your finger. For more information on the editing and capture process of the new camera built into Twitter’s native application, click HERE.

In Twitter’s press release regarding its new features, the company succinctly stated, “Private conversations on Twitter are a great complement to the largely public experience on the platform.” We couldn’t have said it better ourselves. However, until last week, direct messages on Twitter could only take place between two accounts. Now, direct messages can be sent to a group of up to 20 people. The feature is geared toward sharing and discussing a tweet with a centralized audience. You will initially be able to send a message only to people you are already connected with on the service. Keep in mind, though, that other people in the group can add their contacts, allowing a larger conversation to occur.

Twitter is gradually activating these features for its entire customer base over the next couple of weeks, with promises to be complete by the end of the first half of 2015. Big things are happening at Twitter. Are you cashing in on these changes?

All About: Market Mix Models

Stay the Course: Strategy for CPG Brands in the Coronavirus Climate